Vienna is one of my favourite cities. It seems to have such a relaxed atmosphere, and I adore its relationship with the Arts. I guess having such famous offspring helps, and it seems to value the Arts extremely highly, and I have never felt that being a musician is an undervalued profession here. This would be my fourth annual concert in the city, and my third visit to the Austrian Broomstick Rally.

We were collected from the airport by our dear friend Siggy, the person mainly responsible for my connection to the harp, and taken into Vienna to chill out for a few hours before going to the concert venue. I’d woken up at a Premier Inn at Heathrow at 4.30am so needed a power-nap before the gig that night. So rested we made our way into the city.

There was a buzz in the air that night. Everyone was in high spirits and the evening was opened by the Pagan Piper Project, a mass of singers and musicians who I had seen play a few songs at last years Broomstick. They were wonderful. Check them out atwww.paganpiper.com . The venue was full, with a few standing, and the atmosphere this year was fantastic. From the opening song we were all singing together and I don’t know if I was imagining this but it felt like there was some release of tension in the air – our lives do seem to be complicated right now with work, and the political climate – it just seemed like we were all thankful of the opportunity to just let go for a few hours.

The next day we hopped onto a tiny train that took us into the Austrian mountains. As each mile passed we were taken deeper and deeper into the countryside, and what countryside! Eventually we arrived at the tiny village of Anneberg and picked up from the smallest station I’ve ever seen to be taken to the new location for this year’s Broomstick Rally. It was pretty dark by then so I couldn’t see what was surrounding us, but when I got up the next morning I found that we were surrounded by mountains, held in a kind of natural cauldron. Again I felt that the atmosphere of the Broomstick was filled with joy and that same feeling of letting go.

On Friday afternoon I helped Cerri as she took the participants through a two and a half hour workshop and ritual based on the Taliesin poem The Spoils of Annwn. Then in the evening there was the annual Broomstick Eisteddfod with music, storytelling, poetry, and dance. Yes, dance. Great Breton dancing to harp. Wonderful.

On Saturday morning Siggy guided us through a brilliant candle decorating workshop, and then later there was a fantastic Pagan Treasure Hunt, and the traditional game of Pentacle Rounders. As night fell we once more gathered around the fire for more music and story, under an amazing star-filled sky. 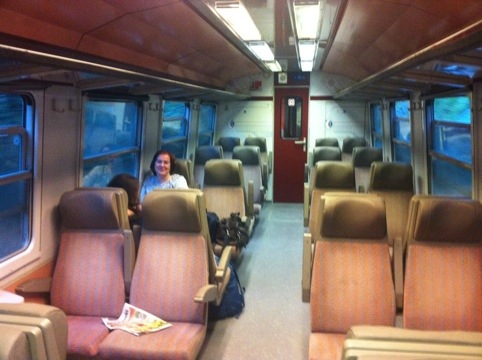 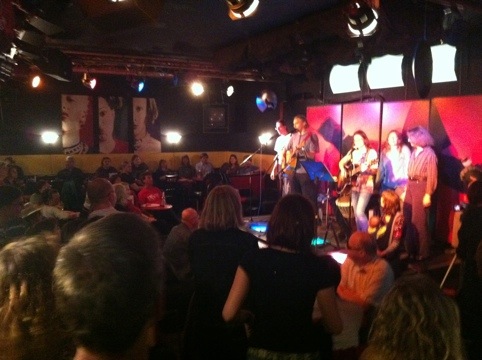 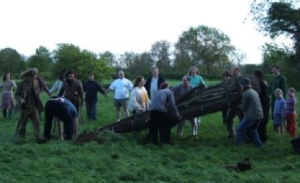 The way that the tickets for the Anderida Gorsedd Autumn camp sold out in under a day has really shocked me and Cerri. My own natural reaction is to try and please everyone, so when I get emails from disappointed people I just want to make them happy and shift the boundaries to accommodate them. I spoke to Cerri for a long time about this last night, talking over different options. We could, of course, drop the 60 adults limit and just have no limit. We could make one of the camps unlimited and the other as they are now… So many thoughts.

When we started the AG camps in 2003 we set the limit to 40 and struggled to get that amount. But then more people found out about them so we increased it to 50, then 60. But then the spring camp sold out in 2 weeks, and then this one in 24 hours!

Our goal for the camps was always to create an intimate space where we could create magic together. That the camps were different from other Pagan camps in that they became weekend rituals, deeply exploring a theme, then entering into it for the Saturday night ritual. The limit was made after our experiences with OBOD camps, and also the logistics of creating a meaningful ritual that could be deeply felt by everyone involved. We wanted people to feel safe enough to express themselves, to open up, to be free.

I remember Paul Mitchell saying on another message board who were obviously really trying to create a ‘tribe’ that the only tribe he knows grew by accident, and that really is the case with the AG. The camps were never created to form a tribe of people, but to create shared magic – the tribal feel has been a very happy accidental mix of wonderful people, regular and reliable camps, open rituals, and then the conference. But there is no ‘membership’ fee for the Gorsedd, people are a part of it if they want to be. There is no inner, or outer circle, and word has spread about the magic we create at these camps, and more people want to experience them. These are all good things.

So the choice is whether to increase the limit, or have no limit at all. Well, I can say that the limit has already increased a little and it’s likely we will have about 75 at the Autumn camp. Simply put, I couldn’t get the PayPal buttons off the website quickly enough, and we want to honour all of the people who have bought tickets. But those who have been before, try to imagine 150-300 people in that field. There is no way we could all get around our community fire and keep warm. Imagine the Immrama Journeys with that many people, or the Battle of the Trees ritual, or if you were there, how could we have done the Three Worlds journey with that many? It couldn’t happen. It would vastly change the vibe and energy of these camps to increase them that much, and then I think the experience people have would change so much that we would start to hear things like, “They aren’t as good since they got bigger”.

I read a book on ancient tribal cultures and in that book it says that most successful tribal communities were, and still are, made up of around 60-80 people. Once they get larger than that they begin to fragment back into smaller groups. So for all of these reasons we’re going to stick with the current way of organising the AG camps for the time being. As they say, if it ain’t broke, don’t fix it. It’s amazing really – the AG has 2 camps, a conference, 8 open rituals, three internet forums, and a monthly moot. I think that’s amazing in itself, but there’s always room for more exciting things for us to share, so watch this space…